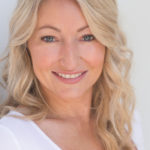 2020  –  It’s happened!!  After many years of working hard in the industry, securing an 01 visa, moving to Los Angeles, booking work out there, Sonia has finally been approved for the Greencard, making her an American Permanent Resident!!!. A huge achievement for any creative artist. This opens every door in the USA to Sonia. A greencard allows her to now work, not only, as an actor/ host  but also produce content or work in any area she likes. Best of all – she can live in the USA forever 🙂 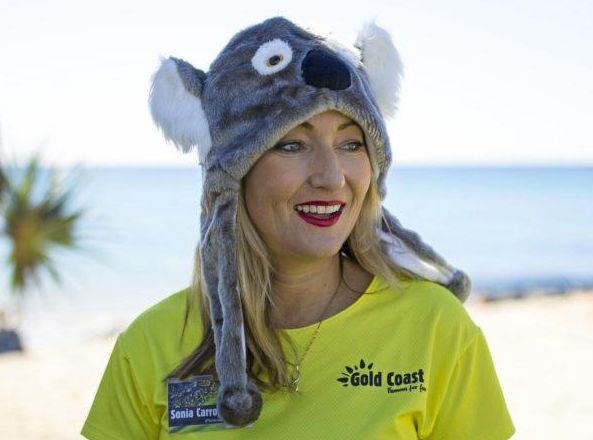 Sonia Carroll is an Australian Actress, TV Host and creative producer who had her start in the arts at age 5 and went on to play one of the leads in the theatre production ‘Peter Rabbit’ aged 7. Her mother who was involved in local theatre introduced Sonia into a world, that she not only embraced but thrived in. The world of creative arts.

Throughout Sonia’s life she was continually involved in the arts, be it dance, music or acting. Sonia learnt to play the piano by ear aged 7 and went on to dance and act in regional creative art productions in Nth Qld, Australia.

Moving to London, she studied acting at Central School of Speech and Drama, in addition to hosting a brand new live hip hop series called ‘session basement’, which showcased emerging and professional British hip hop talent. Continuing her acting career upon returning home to Australia, Sonia was cast in numerous productions including USA shows, filming down under 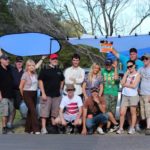 She went on to form her  own independent film production company, to help foster film in smaller markets like Queensland (at the time) and give other creatives a chance to grow and develop their skills in a world where they would have otherwise struggle to get their ‘first break’. Her production company motto was ‘everyone gets a go’.  In its first year the company completed three movie projects and giving cast and crew the skills and credits to go on and secure work on big USA blockbusters like San Andreas and more. This was exactly the goal for the production company. 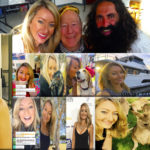 In 2015, when live streaming became a brand new social platform, Sonia created her own independent live travel series called ‘Aussie Periscope Girl‘ launching it on Periscope Tv. This was the worlds first ever series filmed, produced and published in its entirety using just live streaming footage from an iPhone. An experimental success, The live streaming channel hit 1 million hits in its first few months, ultimately hitting 32 million hits within two years making it the number one hosted live streaming travel channel globally. Her community was affectionately known as #SoniasSkippys. With their own lingo, her skippys embraced the opportunity to become one of Sonia’s top supporters  known as a ‘super skippy’ through some secret skippy business ha-ha.  Viewers got to experience travel and interactive lifestyle content from all around the world including inspirational content as participating in goal setting and happiness challenges that Sonia created for her community.  After the launch of her successful series, Sonia was offered the role as Lead travel host on two other live streaming networks; Parachute TV USA and Gold Coast Tourism’s ‘Destination Gold Coast’ series. Film freeway did a lovely write up on her series. You can view a sample of the travel episodes here.

A second Australian travel series was created joining some of Queenslands most popular live streamers with some Gold Coast locals to create a new tourism spot called ‘Visit Queensland‘.

One of the biggest achievements during live streaming that Sonia did with her viewers, was face her fear of deep water and learnt to scuba dive in Fiji, bringing her community along for the entire process.

Earlier in 2017, Sonia was approved for the extraordinary talent visa (the 01), bringing with her a career spanning over many decades in the arts, and was app 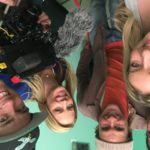 roved only 10 days after submitting her 400 page application to SAG-AFTRA and the USA immigration. A swft approval that also surprised her lawyers.  Mid 2017, after being diagnosed with a large internal tumor, Sonia underwent surgery for its 6 hour removal only weeks before her planned move to Los Angeles.

With a challenging 2017 almost behind her, Sonia moved to Los Angeles in September. She hosted her first travel episode at the famous Taste LA foodie festival held on the Paramount Pictures lot and 36 days after moving to Los Angeles, she booked her first USA feature film.  Sonia secured an acting role in the movie ‘The Trouble’, starring Billy McNamara, Alison Eastwood, Tom Sizemore, Billy Baldwin and Costas Mandylor. This role made Sonia SAG-AFTRA eligible, enabling her to join the ranks as a professional actor in the USA. A huge & difficult achievement in such a short time for any actor. Using her producing skills from Australia, Sonia also came on board as an associate producer on ‘The Trouble‘ and contributed her drone cinematography skills to the movie.

Getting to know the world of film and tv in the USA, Sonia went on to submit for the elusive greencard and was approved late 2019. This fantastic achievement means, all work restrictions with the 01 visa has been lifted and Sonia can permanently live in the USA working in any field of film & tv or any industry at all that she chooses. Expect to see some new projects develop 😉

Behind the film and tv scenes, Sonia is also one of Australia’s best technology training experts with a 10 year career in tech spanning across technical writing, instructional design and training. She is the producer and voice artist for over 500 Microsoft technology-based training episodes, distributed throughout hundreds of companies.

In her spare time, she engages heavily in photography and drone flying, with footage she shot with her Phantom 4 being used in a USA tv series and screened throughout millions of homes world-wide.

2020 marks the start of Sonia’s next chapter, which like the past, will be filled with lots of exciting adventures…..